I’m about to hit a half a million views of my Youtube videos. Now to most, that may not seem that significant – as we all know, there’s some singing dog out there that has millions of hits. But for me, 500,000 feels big! I am certainly a niche chef – people have to work a little harder to find me. What started out as a fun thing to do with, and for my boys, turned into something much larger. I have had so much fun doing something I never imagined I would do. Thank you to all who have supported me, encouraged me, and have expanded their culinary skills. More to come! 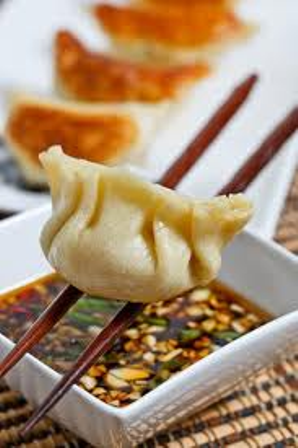 I was looking on-line to see what some of the most requested Chinese recipes are. This one was in the top 10, and one of my (and the kids) favorites too!

These dumplings are one of the “lucky” foods served during Chinese New Year – the crescent-shaped dumplings with pleated edges are thought to resemble ancient Chinese money. In northern China, families have jiaozi-making parties on Chinese New Year’s Eve.

Definately a simple and tasty dish to make!

Great link to the health benefits of Tea 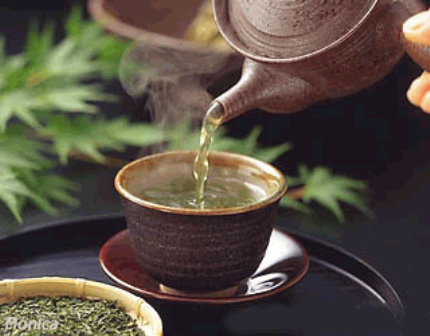 It’s long been known  that there are many health benefits to drinking tea. I try to have at least a cup or two a day. My favorites are green and black tea. I like to add a small piece of ginger, honey and a slice of lemon. It is so relaxing to have a cup before bedtime. Check out this article/link about the different types and how they can benefit your health!

Ingredient for the week: 5 Spice Powder 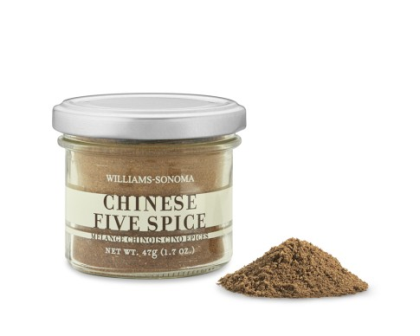 Five-spice powder is a mixture of five spices used primarily in Chinese cuisine but also used in other Asian cookery.

While there are many variants, a common mix is:

Five spice may be used with fatty meats such as pork and duck. It is used as a spice rub for chicken, duck, pork and seafood, or added to the breading for fried foods. Five spice is used in recipes for Cantonese roasted duck, as well as beef stew. It is used as a marinade for Vietnamese broiled chicken. The five-spice powder mixture has followed the Chinese diaspora and has been incorporated into other national cuisines throughout Asia.

Although this mixture is used in restaurant cooking, many Chinese households do not use it in day-to-day cooking. In Hawaii, some restaurants place a shaker of the spice on each patron’s table. A seasoned salt can be easily made by dry-roasting common salt with five-spice powder under low heat in a dry pan until the spice and salt are well mixed.

Give this a try – you will find it in many of my dishes. Enjoy!

Simple thought for the day:

Words to live by – “You gotta try your luck at least once a day, because you could be going around lucky all day and not even know it.”

From the immortal words of Jimmy Dean – the sausage magnate…(and country singer).

Do you know about Brunei??

I was born in Taiwan. I have lived in many places since – Malaysia, Singapore, Brunei, and the U.S. Although I have great memories of them all, Brunei sticks out in my head. I lived there from age 2 until 10. I remember cooking with all of my family members – from littlest to big, we all had a part to play. I am sure that living there influenced my desire, passion and interest in cooking. What was so special about Brunei, was the different influences on the cuisine. There was Indian, Malay, Chinese and French. The ingredients that stick out in my mind were the bountys of fresh seafood, curry, chiles (spicy), lime and cooking with a lot of fresh fruit…..especially rambutan. I am including a link if you want to learn more about Brunei. I hope to get back there some day soon!

As many of you know, I am a firm believer in using the freshest and healthiest ingredients in my cooking. It’s not always possible, but I do my best.

Last night I had the honor of teaching an Asian Fusion class at Whole Foods Market in Ann Arbor (through the Ann Arbor parks and rec dept.). For those of you who aren’t fortunate enough to have a Whole Foods in your market, or aren’t familiar with it, it is a state of the art, full service natural foods grocery store. They have everything from an in-house bakery, deli, smokehouse, sushi and noodle bar, certified organic produce & hormone and antibiotic free meats…and much, much more!

Going to Whole Foods is not just a shopping trip, it is an experience. Thank goodness for stores like this that offer us the opportunity to easily access so many healthy ingredients and products! I have provided you with some links below to their website, and my teaching info for future classes through AAReced. Have a healthy cooking weekend!

Returning to Fox News on May 13th! 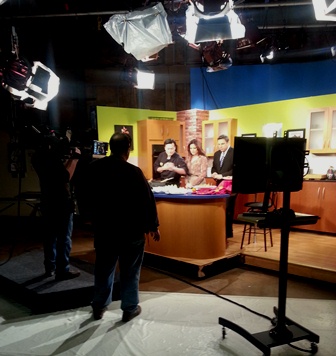 Excited to be doing another cooking demo for Fox News! Please tune in on 5/13 during the 10am hour to see some tasty vegetarian dishes for their Meatless Mondays segment.

We ALL need to do our part for the environment. Big or small, your contribution matters! Plant a tree, recycle those cans or volunteer in your community for a green cause. Here’s a link to the official Earth Day Site.

Who Says you can’t Grow a Garden? 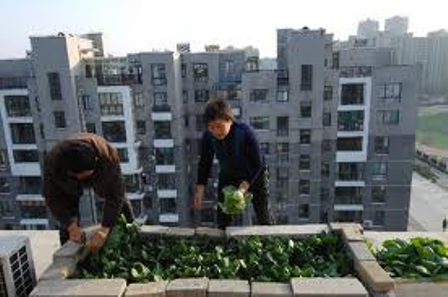 You don’t have to have the perfect plot to grow a garden! If they can create one in the city, on the top of a building with cinder blocks…..so can YOU! Last year we tested our (small) garden. We have a lot of deer and critters around our house, so we weren’t sure how it would do. With our make shift raised bed, stakes and chicken wire, we were able to create a simple, but successful garden. This is why we feel confident about expanding our garden this season. I have been saving my egg cartons to start growing my seeds indoors (which we will be doing this weekend). Now is the perfect time. I am hearing that a good time to plant (or transplant seedlings)  outdoors is Mid-May. Our new garden should be ready by then.  Can’t wait to share the progress with you. Good Luck with your own gardens!